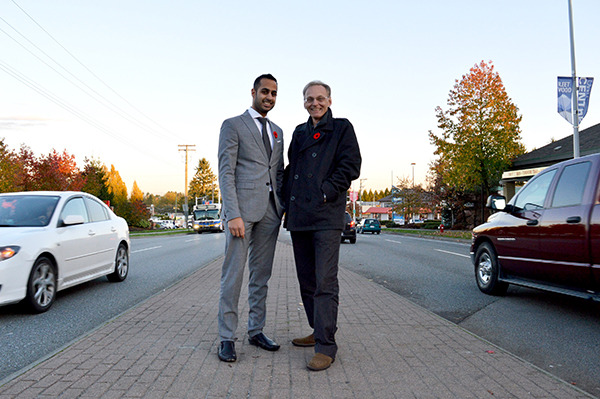 Just about two years ago, Rick Hart, with an immense passion for making positive change in the Fleetwood community, contributed to the formation of the Fleetwood Business Improvement Association. He was passionate about making a positive community change and was an avid contributor to Fleetwood.

Throughout the years of his career, he supported the creation of numerous facilities that we use today, such as Francis Park, Surrey Sports & Leisure Complex, Bucci Park, and the Fleetwood Town Centre Plan, just to name a few. He was also the founder of the annual Fleetwood Festival which aims to create a sense of community. Most importantly, Hart was involved in the formation of the Fleetwood Business Improvement Association, which was launched to advocate for local businesses effectively as a whole.

An interview with Amrith Bath, the general manager of Basant Motors, and Rick Hart brought in their opinions of Fleetwood. Back then, Fleetwood was not seen as a collective brand, there was very low drive in business activity, and there wasn’t a community feel to Fleetwood.

These gorgeous murals were done by the talented artist Sparkle by Sylvia, for our second annual Snow Globe Contest! Participants […]

These beautiful murals were done by the talented artist Sparkle by Sylvia, for our first annual Snow Globe Contest! […]

A wonderful clearing job done by YBS Services, courtesy of the Fleetwood BIA’s Area Enhancement Grant! Clearing the area of […]